WELCOME:
Your guide to Quakers

Is Quakerism a religion or an approach to religion? 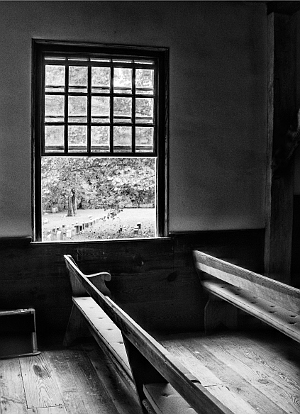 It is the job of religion to help us find meaning in our lives, to reach the underlying reality, the inexpressible truth, and to bring people together into a community. Throughout time, churches and faiths have struggled to help people recognize the extraordinary in the ordinary, or as Quakers would put it—to find something of God in their daily lives. Quakers recognize all the great faiths as paths to spiritual fulfillment, and they are willing to learn from and work with other faiths and churches. Quakers find there is something uniquely helpful and inspiring in their approach to religion.

What do Friends Believe?

Friends have always questioned anything they were told to believe!

This is part of their "seeking for truth," as the old phrase goes. It is based on the experience that there is a real and direct relationship between each person and God; although Quakers will use a variety of words and ways to try to do the impossible in describing "God." Ultimately, though, all individuals have to find their own way to religious truth, being aware of God in their own lives, learning from the wisdom of the past as expressed in a variety of religious writings, and comparing their experiences with others in their Meeting.

Who are the Quakers?

The word Quaker was initially a nickname. The real name is the Religious Society of Friends, yet they are quite happy to be called just Friends or Quakers.

The Religious Society of Friends is a small group (about 84,000 members in the US, and 369,000 world-wide) with a special view of what religion means, and of Christianity in particular.

Anyone can attend the local Quaker Meeting for Worship. After a while, if one begins to share Friends' outlook, he or she may then become a member and take on a larger role in the Society's life. 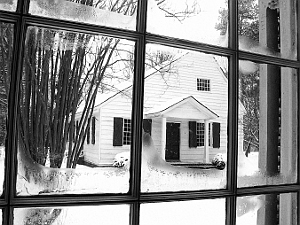 Quakerism started in England in the 1650s when George Fox gathered groups of "seekers" or dissidents together. They felt that churches over the centuries had led people away from the core aims of Christianity and had become bogged down with traditions and ritual and power politics.

Quakers began to lead a renewal, to see how they could live more simply and truthfully, following Jesus' example more closely. So there is no doubt that Quakerism is rooted in Christianity and that many Quakers center their faith on Jesus.

On the other hand, some Quakers find that traditional religious language doesn't describe their inner experiences, and they look both within Christianity and beyond. The Society appears very different from any other Christian group, without the usual priests, services, or creeds.

Jesus and the Bible? 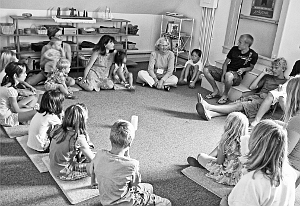 You may be thinking, "Where does Jesus come in?" Quakers don't spend much time discussing theology, for instance, whether or in what sense Jesus was the "son of God." They would say the important thing is to learn from Jesus's teaching and his way of life, and to get on with it.

Generally, Friends regard the Bible as by far the greatest printed source of inspiration, but not the only one. They read it along with all the other books, old and new, for guidance. But they are not among those who take any "holy" book as being literally the "Word of God." They see too many puzzling contradictions and they find modern scholarship very useful in coming to grips with the Bible and other great books.

Quakers have many beliefs and attitudes in common, but they don't fit in a formula, nor are they useful as a test of membership. Friends like to talk of "the light within" every human being. Some would call this "conscience" or "moral sense," but Friends feel it is something more— it is part of spiritual and religious experience, one which provides us a sense of direction in our search for the right way to live. 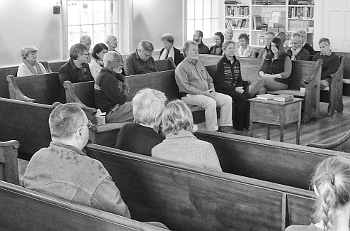 It's hard being a "seeker" on your own. In the Meeting for Worship, Friends share with each other what they have found out for themselves, and gain from each other in this way. If everyone can have a direct relationship or "communion" with God, then no priest is needed to act as a go-between, and so Friends have no priests or ministers (although members share in the practical tasks that need doing in any cohesive group).

Friends find that this "communion" can best be experienced if they meet in silence, with nothing pre-planned. Meeting for Worship couldn't be simpler: one goes in and sits down in a room and settles in silence—a silence which can become very deep and powerful, and often forms a direct relationship between each person present and God.

After a time, someone may feel inspired to stand up and speak briefly in his or her own words, or pray, or read from the Bible or some other book. But silent waiting is the framework of the Meeting for Worship—and the regular Meetings are something no Quaker would want to miss.

The things Friends actually do 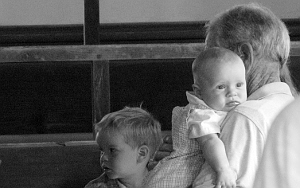 Quakers feel that unless you have experienced a belief inwardly, as true and valuable, you won't let it rule your life. If it doesn't do that, what use is a belief? We see no good having a faith if we don't put it into practice. We aim at truthfulness at all times, which is why, for example, a Quaker won't swear an oath in court—since doing so would suggest that the rest of the time one can have different standards of truth.

From the beginning, Quakers have felt strong concerns to improve social conditions and the environment. These include: help for slaves, prisoners, mental patients, refugees, old people, and for war casualties. Quite a few campaigns for reform and charities have begun as the concern of a Quaker.

Above all, Quakers say that if you follow the teachings and life of Jesus, you must rule out war and violence as a way of solving problems. We try never to give up on getting in touch with that of God in every person. So Friends have always worked for peace; many refusing to contribute to war and military action. There are Quaker organizations bringing diplomats into contact in various cities around the world, and international projects that bring young people together.

William Penn, the founder of Pennsylvania (which existed for 75 years without a military force) said that true godliness shouldn't turn people out of this world, but should make them more able to live in it. Is this an impossible aim? Quakers believe it is possible—and in today's environment, even more vital.

No Comunion, no service?

If there is something of God in every person—and in every time and place and thing—then there is no need for special feast days, ceremonies and sacraments such as baptism or holy communion. In the same way, the Meeting House is not a consecrated building—it can just as well be used for music, eating, discussion or fun—as for worship. For Quakers there should be no divide between religion and daily life. Everything, including joy and suffering and the good and the bad things we do, are part of living and growing and learning. But the effect of Quaker worship was described by an early Friend: "I felt the evil weakening in me and good raised up."

Perhaps this is why Quakers are generally very tolerant and hopeful.

The goals of Friends?

Because we feel "there is that of God in everyone," Quakers aim to find it in all their dealings: in nice people and the not-so-nice, in old and young, in black and white, in rich and poor, in men and women, gay and straight. We take this to be the meaning of "love God and love one another." We try to live a fairly simple life—not to get too involved with money, or possessions, or status; not to lose sight of what is really important. Quakers get a lot of fun and enjoyment out of life, but don't expect to find them gambling, drinking a lot or trying drugs. We're not into exploitation and power games.

Don't stop here, find out for yourself 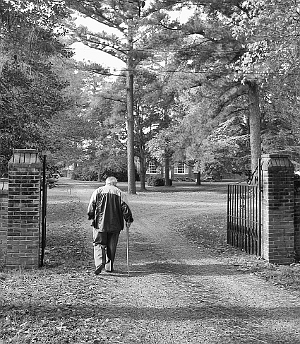 You are welcome at any of our Meetings for Worship here at Third Haven Friends (10am Sundays; 5:30pm Wednesday evenings). Talk with Friends and ask them about further activities.

For additional information about Quakers in this region you may log on to www.pym.org (Philadelphia Yearly Meeting of the Society of Friends)

This brochure's text is adapted (with thanks) from the UK publication of the same title.